Larry Ryckman, a well-known music producer in Arizona, was arrested from his house in Scottsdale after a ‘domestic dispute.’ On the sixth of October, Larry Ryckman called 911 after reportedly fighting with an unidentified woman in his Scottsdale home according to ABC News. 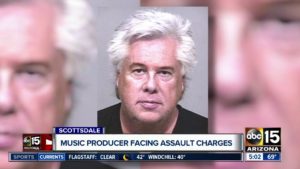 Despite being the one who alerted the police he was the one who was arrested for assault as it seemed that he had gone too far during the fight. The police report stated that Ryckman had told the police that while he was not worried about his safety, he had gone ‘apes–t’ during the course of the fight and had gotten violent. He was also quick to specify that he had done ‘nothing weird‘ to the woman during their disagreement. He also revealed that both of them had been drinking prior to the shocking and violent incidents.

Larry Ryckman is an extremely prominent music producer who has worked with the likes of Madonna, Lady Gaga, and Michael Jackson. None of that matters when you assault someone, however, as Ryckman quickly found out when he was being arrested. Not quite himself, he was rude and confrontational with the police officers (never a smart thing to do) and had threatened to actually assault one of the policemen for being ‘wrong’. So concerned was he about the incident that according to a report, he repeated himself several times, and even said that the incident would be ‘all over TMZ‘.

Ryckman claimed that the woman was his wife of thirty years and, according to him, she often gave herself injuries while fighting with him. 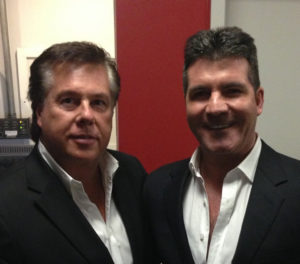 Ryckman, during his assault, broke her phone for trying to record him talking to one of his business associates.
His explanation for why the altercation started? Well, that was hilarious. It was the age-old problem of the wife and mother not getting along.

According to what the woman told the police, Ryckman pushed her down several times and did not allow her to get up while chasing her through the many rooms of the house. He also apparently had a hatred of her phone and took it from her and broke it.

She was in bad condition, quite banged up. She had a large number of cuts on her body as well as an injured elbow as the trophy of the assault. All of this – for apparently only being recorded on the phone, while in a conversation with a business associate. This sort of behavior is unpardonable, and the attitude comprises a danger to society. The artists he worked with might not have known about this side of his character, and now very suddenly he may find that he will have to look harder for clients.

The policeman concerned, talked about the arrest. “Obviously violence between parties that are considered domestic violence, can… can … obviously spiral out of control quickly, or if those situations…. if they are not handled, they can get worse through time.” 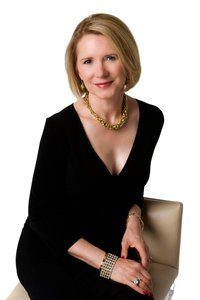 Larry Ryckman released a statement to ABC15:
“For the record, my wife of over 30 years is not pressing charges, nor did she ever want to press charges. I was the one who called the police because a dispute was getting out of hand.

I’m sure that you are aware that in Scottsdale the vast majority of domestic dispute calls to the police result in an arrest (and virtually always the man) out of an abundance of caution. I was not aware of this when I called the police to break up our dispute that night.”

Through the statement, he tried to imply that there was no actual need for him to be arrested, and the arrest was simply made as the police tend to arrest the male party in such a case of domestic assault. He specified that it was obviously excessive caution on the part of the police and that is why the arrest meant nothing.

He also made clear that he had not known this to be the case when he called the police (otherwise he would not have basically, after all, who wants to be arrested?)

The entire case may have been nothing more than an exaggerated misunderstanding, but that is impossible to say at this point.